In 2003, Ahmed Ali of The Saudi Institute, a watchdog organization in Washington DC targeting the Saudi government was behind a vicious hate campaign in a series of articles and media outlets.  He based his erroneous claim on one of the speakers who was invited to speak via teleconference from the the Saudi Kingdom. The claims were that the Texas Dawah Conference was Saudi funded, supported Osama bin Laden and promoted antisemitism. Mr. Ali provided to the media a dubious translation that he made up of a supposed secretly recorded tape of the speaker, Allamah ibn Jibreen, inside a Saudi mosque.  The Houston Chronicle’s independent arabic translator could not verify what Mr. Ali was claiming or to what the translation was referring because it was such a poor quality recording.

Later, due to a lot of bad press we were getting in the news and on the radio, I called up local Houston radio KTRH to discuss the matter. The conservative talk show host demanded to get to the bottom of this and thought he would roast me alive on air.  So, I took him up on his offer and he brought live on air Mr. Ahmed Ali and myself, Sheikh Waleed Basyouni and the hosts own independent translator.  The translator agreed with myself and Shiekh Waleed that the audio was too poor of a quality to distiguish the exact translation and who the voice was speaking about.  It became clear to everyone on air that Mr. Ali made up the translation. He became enraged on air and hung up in shame. The radio host never brought up the issue again. 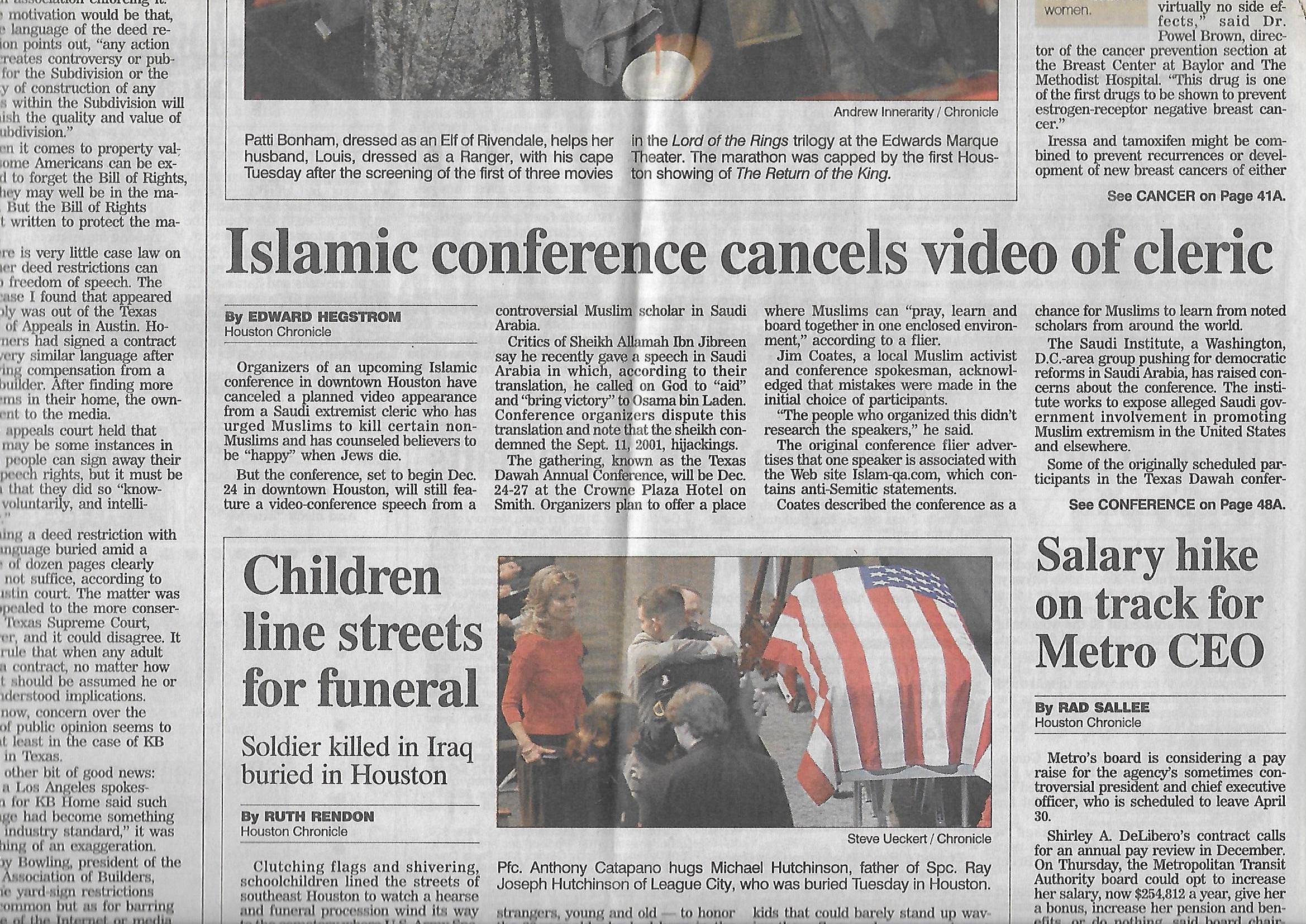 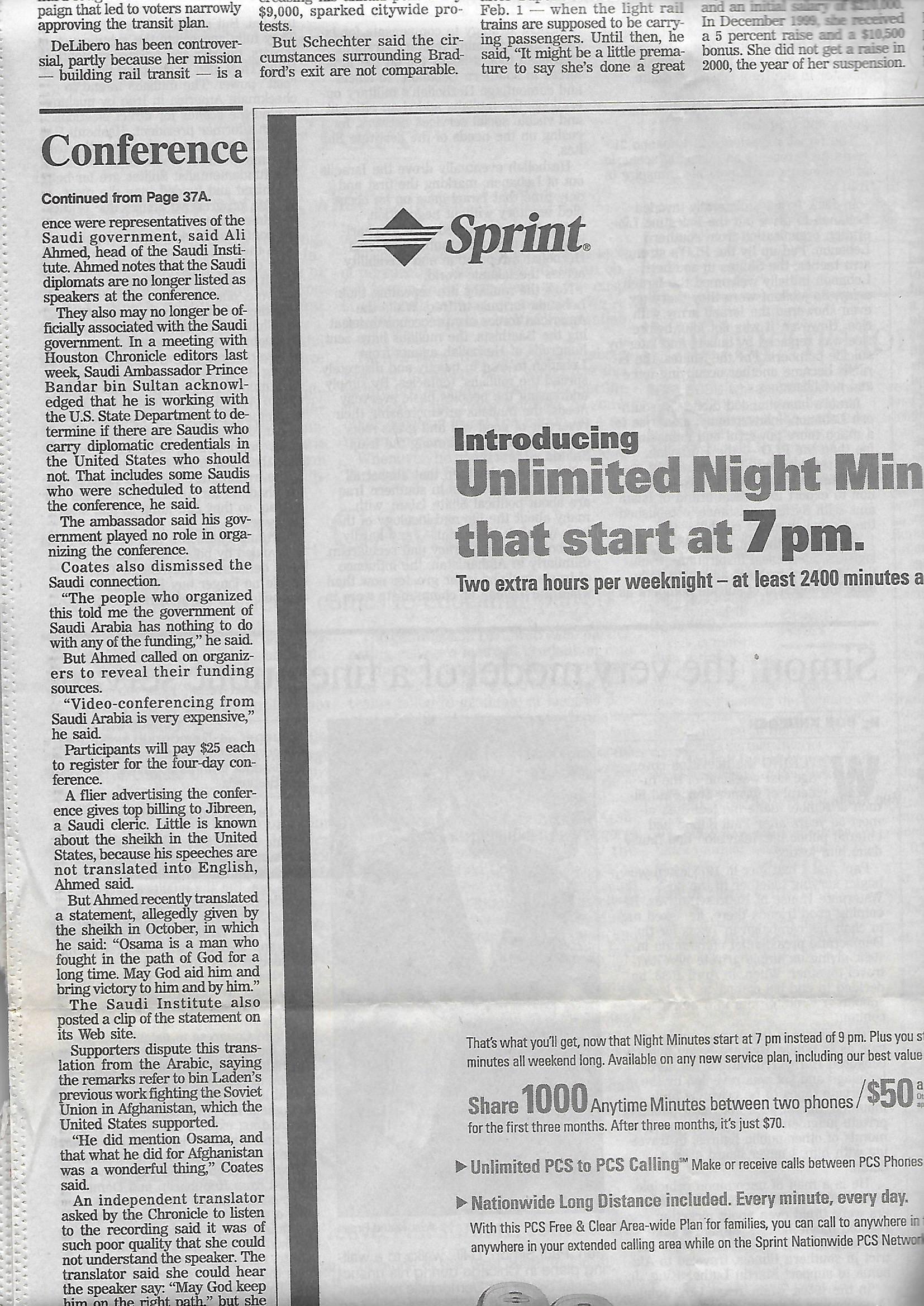